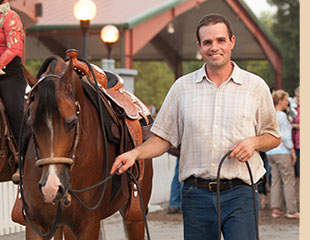 On the backs of Arabian horses since he was five years old, Texas native Alan Clanton has built his reputation by working hard, competing successfully in the show ring and by learning from some of the most notable names in the industry. Throughout his adolescent years, Alan showed with Kehilan Arabians, Greystone and then Tamar Arabians. During his high school years, while riding with Sandy Bentley at Tamar, Clanton first began thinking about a career as a horse trainer. Following his completion of an undergraduate degree in finance from Texas Christian University, Alan worked under the tutelage of John O'Hara and Gordon and Wendy Potts of The Brass Ring. Most recently, Alan spent four years at Liberty Meadows Training Center, working with Ryan Strand. Clanton Performance horses has been open since 2009, competing successfully at a regional and national level.

Throughout his career, Alan has earned numerous US and Canadian National Awards, as well as multiple regional titles in all the major disciplines, including hunter, western, English, show hack, driving, costume, reining and halter. The horses he has trained and amateur riders he has coached have also seen the winner’s circle at the local, regional and national level. Alan’s philosophy is not only to teach the horse, but also to teach the rider in a positive and encouraging way. "If I can’t make it fun and teach my amateur riders something, they'll find something else to do with their free time and resources,” he says. “Making it challenging, fun and progressively better are the things that keep people coming back."

Besides working with the amateurs, Alan particularly enjoys starting young horses. "One of my favorite things is to have a horse come into the barn that doesn’t know anything and watch that horse develop and learn over time. My job as the trainer is to take my time, keep their minds solid and teach them their job, one step at a time. If I do my job right, they’ll be good, happy and successful show horses for many years."

Alan’s abilities have been noticed by people outside the barns where he has been employed. In 2006, he was nominated for the APAHA Rising Star Award, bestowed upon young talent in the Arabian horse industry. In 2009, he was selected by the Arabian Horse Association as one of their “30 Under 30” trainers to watch in the years to come.

Alan competed in youth judging as a youth and after many years of judging small multi breed shows, Alan decided to acquire his judge’s card from USEF in the Arabian horse division. Within a short time he received his large R status. Alan has also been involved with AHA as a board member and delegate for the Eastern Kansas Arabian Horse Association. This involvement allows Alan to stay well informed of all aspects with the Arabian horse. 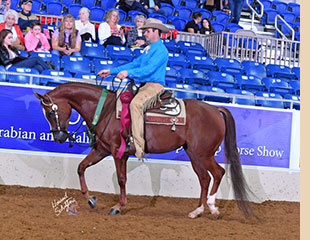 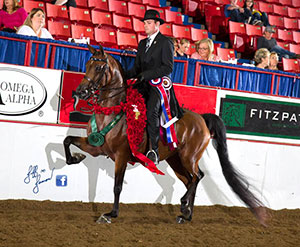